The 9,000 km submarine cable system linking Japan and the West Coast of the U.S. completes construction and is ready for service

June 29, 2016 6:00 UTC – FASTER, a consortium of six international companies, together with its supplier NEC Corporation, today announced that construction and end-to-end testing of a new trans-Pacific submarine cable system, the “FASTER Cable System,” has been successfully completed and will start service on June 30, 2016.

The 9,000km trans-Pacific cable, the FASTER Cable System, lands in Oregon in the United States and two landing points in Japan, namely Chiba and Mie prefectures. The system has extended connections to major hubs on the West Coast of the U.S. covering Los Angeles, the San Francisco Bay Area, Portland and Seattle. The two landing points in Japan facilitate the cable’s easy access to major cities in Japan. FASTER’s robust and resilient connectivity to many neighboring cable systems extends the cable’s capacity beyond Japan to other Asian locations.

FASTER is the first trans-Pacific submarine cable system designed from day one to support digital coherent transmission technology, using optimized fibers throughout the submarine portion. The combination of extremely low loss fiber, without a dispersion compensation section, and the latest digital signal processor, which compensates for the huge amount of cumulative dispersion at the end of the cable, enable this six-fiber pair cable to deliver 60 Terabits per second (Tbps) of bandwidth across the Pacific.

“From the very beginning of the project, we repeatedly said to each other, ‘faster, Faster and FASTER,’ and at one point it became the project name, and today it becomes a reality. This is the outcome of six members’ collaborative contribution and expertise together with NEC’s support,” said Hiromitsu Todokoro, Chairman of the FASTER Management Committee.

“This was the first trans-Pacific submarine cable built solely by NEC Corporation, employing the latest 100Gbps digital coherent optical transmission technology. We are honored that the consortium entrusted us to build FASTER. Although we faced many challenges during the construction, I am truly glad that we were able to overcome these and to welcome this day,” said Kenichi Yoneyama, Project Manager for FASTER at NEC’s Submarine Network Division. “This epoch-making cable will not only bring benefits to the United States and Japan, but to the entire Asia-Pacific region.”

Construction of the system was announced in August 2014 by the FASTER consortium, consisting of China Mobile International, China Telecom Global, Global Transit, Google, KDDI and Singtel. 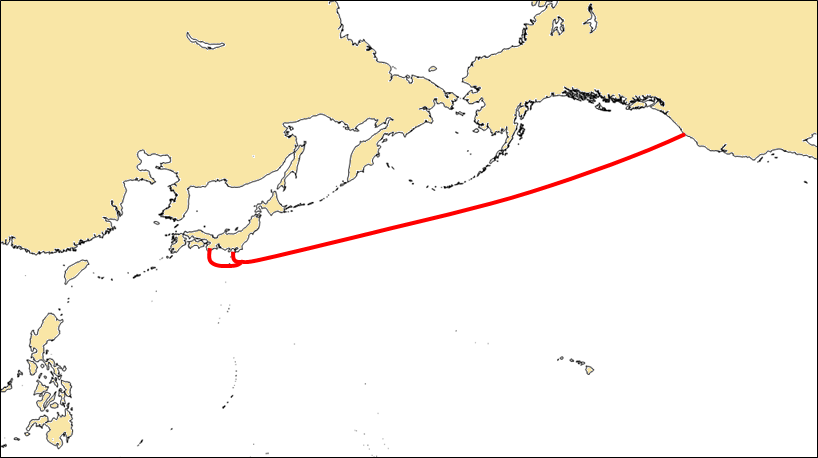