The Japan School Singapore, which was founded in 1912 and started as a provided of supplementary education for Japanese children in Singapore, is now one of the largest schools in the world aimed at educating Japanese children living overseas. Two elementary school campuses and a junior high school campus comprise the school of over 2,000 students. As the school has grown in scale, it has aspired to improve its efficiency, such as by putting its admission application procedures online. Now, in order to further cut down on the work involved with admissions, the school has introduced the RPA solution "UiPath". Thanks to this, they have greatly reduced workload and mistakes in the previously manually-done work of data copying and inputting. This has also allowed them to free their employees from this routine work and allow them to focus on more productive activities.

These issues faced the school before using UiPath

The construction of a large automation system would be difficult

Due to costs and other obstacles, the construction of a large-scale automation system would be difficult, and so large amounts of work continued to be done manually.

Manual work led to unavoidable errors, which then required time to fix them.

Employees were bound to routine work, preventing them from developing their abilities

Only limited time was available for training employees, preventing them from having their multitasking skills raised or making their work more productive.

They were solved by KDDI!

Time became available to train employees, setting the stage for them to do more productive work 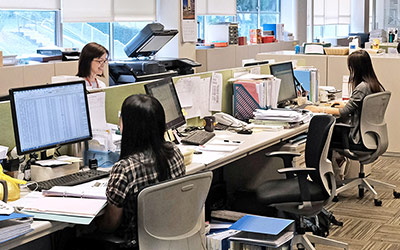 Why and how did you choose UiPath?

Automation possible across multiple applications at a low cost

In order to reduce the burdens on parents & guardians and cut workload, the school put our admission applications online. However, they did this through piecing together existing technology, and it wasn't complete automation, with people required as a bridge to move data between applications. Mr. Takahashi explains why the school chose UiPath, saying, "We succeeded in cutting down the workload, but simple, routine work remained, and to address this we considered RPA. The RPA solution "UiPath" allows automation between multiple applications at low cost, making it the optimal match for our needs."

Previously, employees in charge of admission would download from the server the information inputted on the website by parents and guardians, then copy it line-by-line into an Excel file to create an admission request, and print it. Mr. Yamada explains that, "By automating this process with RPA, what took about 5 minutes per case now takes only a few seconds. Around January to March, before the new semester, every day around 20 applications arrive, and for this period we have achieved a large cut in the workload."

Development of the automated robots was handled by KDDI. Mr. Takahashi says, "We explained the work process, then they designed the workflow, and we were able to do a smooth installation." Mr. Yamada adds, "When doing the installation, we received explanations from KDDI, and became knowledgeable about RPA, including how to do troubleshooting. Running the robots is very simple, being just a button press, so when the employee in-charge changes, we don't have to re-train them like would have been necessary before, so this is another part where we cut workload."

RPA did not only cut the school's workload, it also greatly opened the way to high value-added work. Mr. Takahashi says, "By releasing our employees from routine work, we became able to spend time on developing their abilities. By training them to multitask and produce added-value, I think we have improved the service quality of the school overall". Mr. Takahashi explained his further ambitions for RPA, saying, "Going forward, in addition to completely automating the admission reception process, we would like to use RPA in our accounting section, allowing our employees there to focus on their true duties like financial analysis."

I am much honored that we were able to put together an RPA (UiPath) solution for the Japan School Singapore. I hope that we can continue to contribute in some way to the "workplace revolution" at educational facilities in various countries. 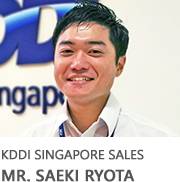 The Japanese School Singapore provides elementary and junior-high educations in the Republic of Singapore according to the educational curriculum established by Japan's Ministry of Education, Culture, Sports, Science and Technology. The school is composed of 3 campuses, the elementary campuses at Clementi and Changi, and the junior high school campus at West Coast, and aims to "Raise students with rich international sensibilities who will try to connect with the peoples of the world."